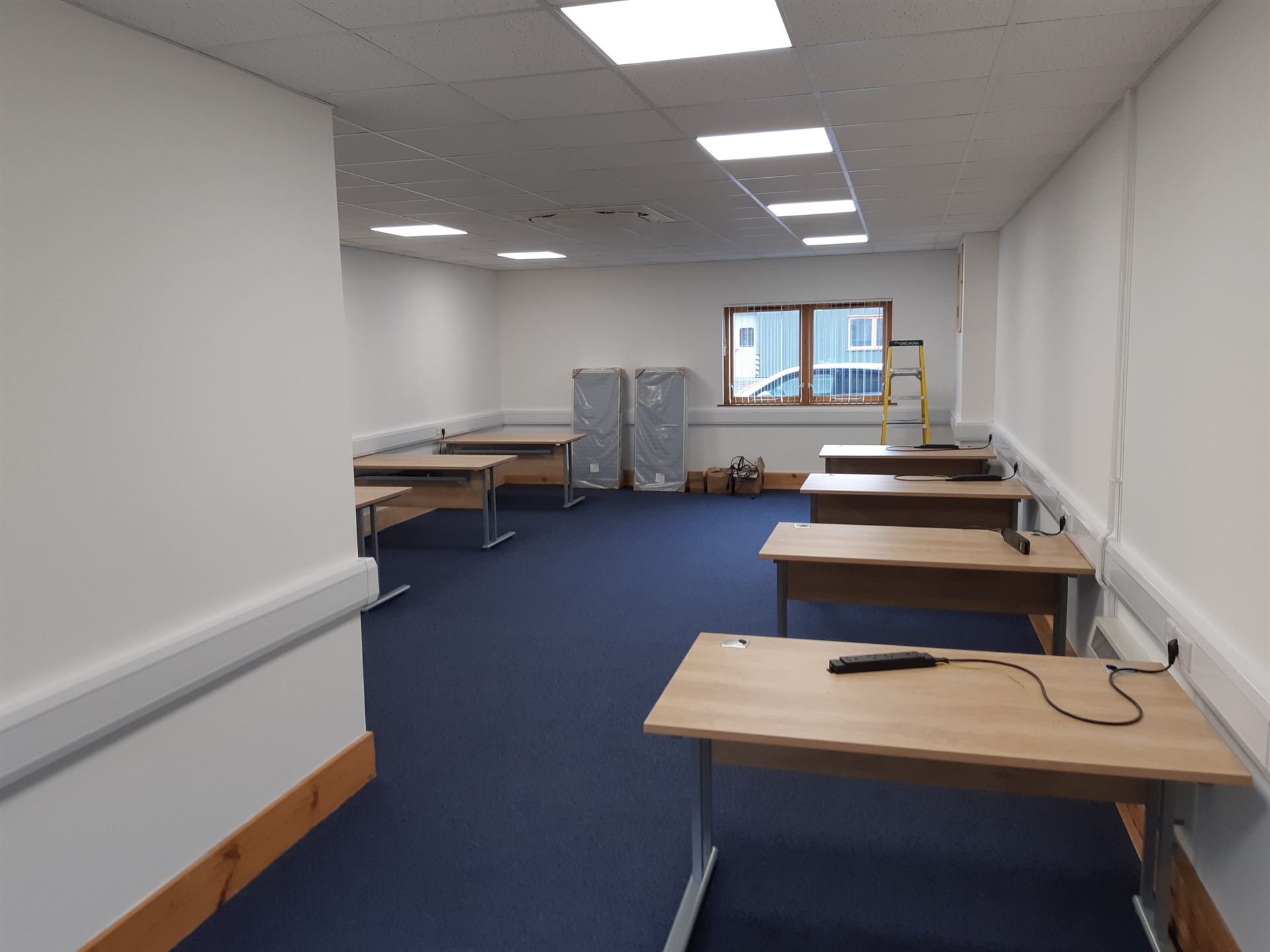 An Office Fit Out For Our Newest Neighbours

National Services for Health Improvement (NSHI) were planning to relocate from four separate serviced offices nearby into a two-floor office block just two doors away from Acorn Works HQ. We assisted our newest neighbour all the way with this turnkey project to ensure an easy, stress-free move.

Works began on the existing ground floor warehouse space, transforming it into a mixed office and warehouse. Partition walls divided the work space in two, while a new suspended ceiling and LED lighting were fitted into the office side.

New flooring, an electrical fit out, air conditioning units and furniture were also installed in the open plan office. Meanwhile new shelving in the warehouse helped to maximise storage space.

Upstairs on the first floor, the space was transformed into an separate office space and meeting room facility. The existing orange walls were covered with a crisp, white colour scheme and new flooring was laid throughout.

A new electrical installation was completed, which included the giving the existing meeting table a facelift. Once completed the customised table featured pop-up power points and a data connection to the new wall mounted  75-inch TV.

Finally, shelving was installed to a secure archive store and new office furniture was fitted.

Acorn Works acted as agent for the planning and building control applications, representing NSHI on their application to change the use of the ground floor to office space as well as warehousing.

When acting as CDM co-ordinator on notifiable projects, Acorn Works can deal with building control, planning permissions, landlord approvals and even listed buildings officers. One less thing for our client to worry about!

Work started after an 8-week wait for planning to be approved.

“NSHI Ltd. are absolutely delighted with the whole process of refurbishing our new offices, due to the guidance, knowledge, professionalism and assistance of all the contractors involved.

Our project manager Liam was outstanding in his communications, updating us every step of the way. If you are looking for a company that will give you outstanding customer service, take all your wishes and bring them to fruition look no further. We would Highly Recommend Acorn Works.”