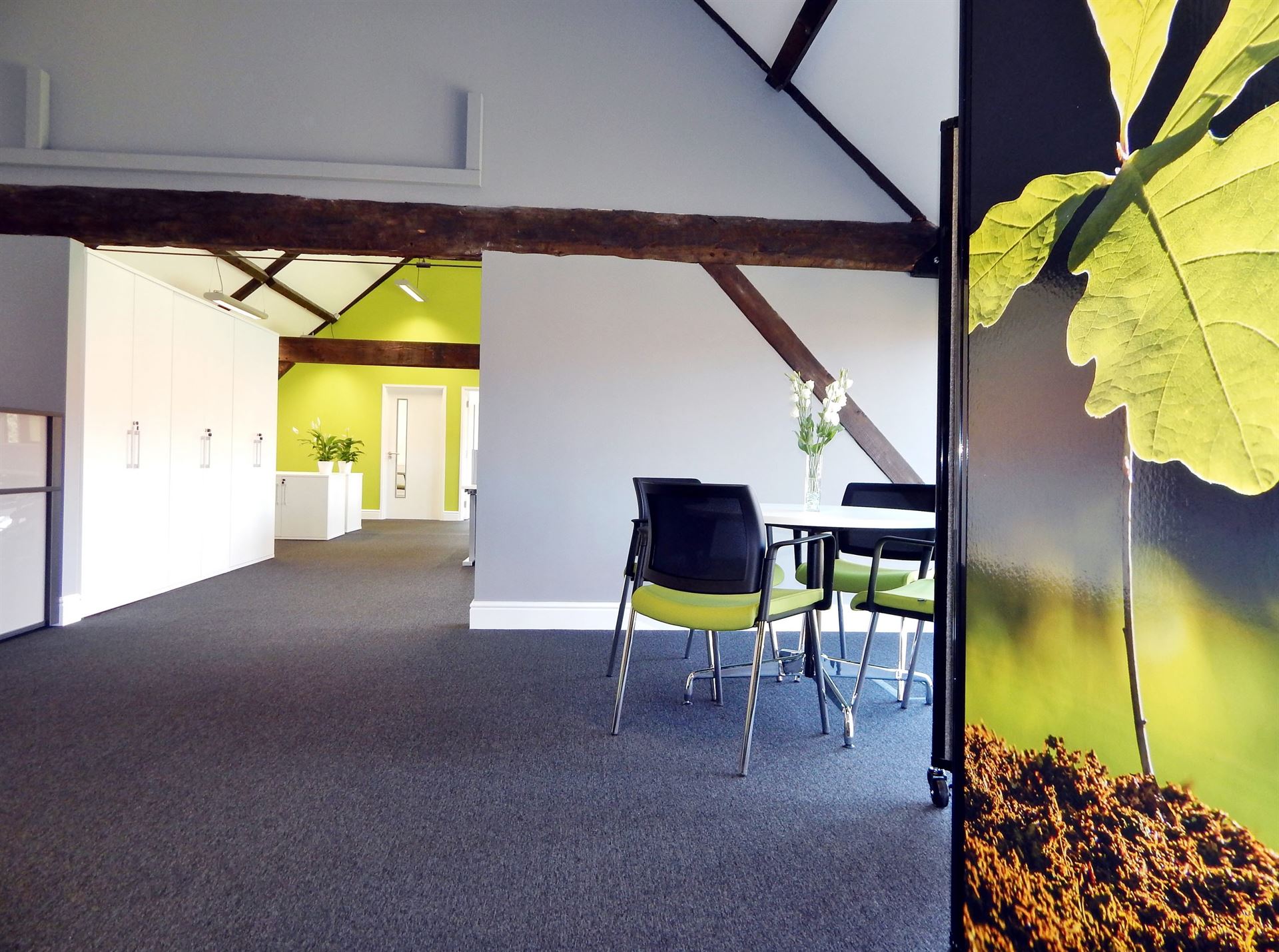 Hulbert West is Norfolk’s longest established firm of independent financial advisers, operating since 1972. The company recently took possession of a larger office suite at St Mary’s Court in Carleton Forehoe, Norwich. Before staff were moved into the space, Acorn Works was asked to completely renovate the area.

New partitioning to the rear of the open plan office was installed to provide a number of private meeting rooms. These new partition walls were constructed in such a way as to ensure the existing timber beams remained exposed as a key feature of the space.

New flooring and decoration were installed throughout the office suite which featured a mixture of hard and soft flooring to separate the different functional areas.

A new tea point area was built which entailed fitting units, installing splash-back tiling and bringing up water and waste up from the floor below. In addition all electrics were checked, with new power and data points added to suit the new layout and requirements.

The build was particularly memorable for being carried out during some of the hottest days of the year. Our fitters were very grateful for the already installed air conditioning!

At the end of the project, new furniture provided the finishing touches to the design, inclusive of new office workstations, meeting tables and soft seated areas.

“I was very impressed with the team from Acorn Works from start to finish.  They were fast, professional and required very little input from me once on-site, allowing me to get on and manage my business.  Top quality finish and attention to detail.  Would recommend!”